476 Shares
This post may contain affiliate links. If you purchase through these links, we may earn a small commission at no additional cost to yourself.

Do you have to wear a seat belt as a passenger in an RV?

Do kids have to wear RV seat belts? In this guide to RV seat belts, I’ll answer those questions and more…

Kayla and I lived in a Class C motorhome for over 6 months, and we learned a ton about life on the open road.

Part of that was dealing with RV seat belt issues — specifically, what’s right and what’s wrong?

Whether you’re in an RV rental or driving one that you own, RV seat belt laws are the same.

Part of the confusion lies in varying laws across borders.

Since most RVers travel between states, it’s important that you know the RV seat belt laws in each state. States that DO require adults to wear seat belts in RVs

Only 22 of the 50 states require you to wear a seat belt, regardless of where you’re sitting inside the RV.

The remaining 28 states only require that the two passengers in the cabin wear RV seat belts. Everyone else is free to sit anywhere in the back of the RV without a seat belt.

As you can see, RV seat belt laws are different for minors. Children must wear a seat belt in a moving RV in the following states, based on age. IMPORTANT: You should never use a child safety restraint system on any seats that aren’t front-facing! Securing a child’s car seat on a side- or rear-facing seat is extremely dangerous and can be fatal.

Check in the cab of the RV for seating positions that are appropriate for installing car seats. Smaller Class B and C RVs that are built on a regular van/truck chassis must meet the same safety standards as passenger vehicles for the front. They may be likely to have the features needed for car seat installations. Perhaps they have or can install a custom seat like a captain’s chair in the rear compartment with a seat belt that meets standards. Just like you can’t mix and match car seat parts between models or manufacturers, these must be ordered through the manufacturer of the RV. Make sure the whatever seat is used in the vehicle, it is facing forward so you can install the car seat properly. While we don’t typically recommend the front seat for children, in the case of an RV it may end up being the only safe seat belt to use for a child restraint. (Of course it will only work for a rear-facing car seat if there is no airbag — or a way to turn off the airbag.) Remember, even when using proper seat belts, passengers are still at risk of cabinets, kitchen equipment, and storage supplies becoming projectiles. ~Safe Ride 4 Kids

My Own Experience With RV Seat Belts

Kayla and I don’t have kids yet, but there have been plenty of times that I walked around inside the RV and even used the bathroom while the rig was in motion. (Hey, at least I’m honest, right?)

Personally, I’m not too worried about not wearing an RV seat belt in the back area. In fact, it’s kind of fun to me to be able to walk around while we’re moving! But that’s my own personal choice — and a risk I take.

My aunt used to have the Class C RV that we lived in. She required her kids to wear their seat belts. She just felt better knowing they had them on. However, in the event of an accident, it’s unlikely that the RV seat belts would really keep them safe. That’s just the harsh reality.

Besides, the rear RV seats that you’re strapping yourself to are made of wood and will likely fail in an accident anyway! They aren’t meant to hold up to pressure like normal car seats are.

Worse yet, each RV manufacturer has different standards for testing their seat belts. To date, there is no industry standard for RV rear-seating seat belts.

I believe seat belt standards in the backs of RVs should be improved.

Manufacturers should be legally forced to make higher quality RV seat belts and ensure that they are bolted into the RV’s frame — just as they are in cars.

But at the same time, most RVs aren’t built well enough to handle a harsh crash in the first place. Under pressure, the thin walls of an RV can crumple quite easily.

I’m not trying to scare you! Just be sure you drive extra carefully in your rig, and try to avoid driving at night or during high traffic times. Be safe, and I’m sure you’ll be fine.

Bill Widmer and his wife Kayla are longtime followers of the Fun Times Guide to RVing. They have their own RV blog called The Wandering RV where they share clever ways to save time and money RVing. 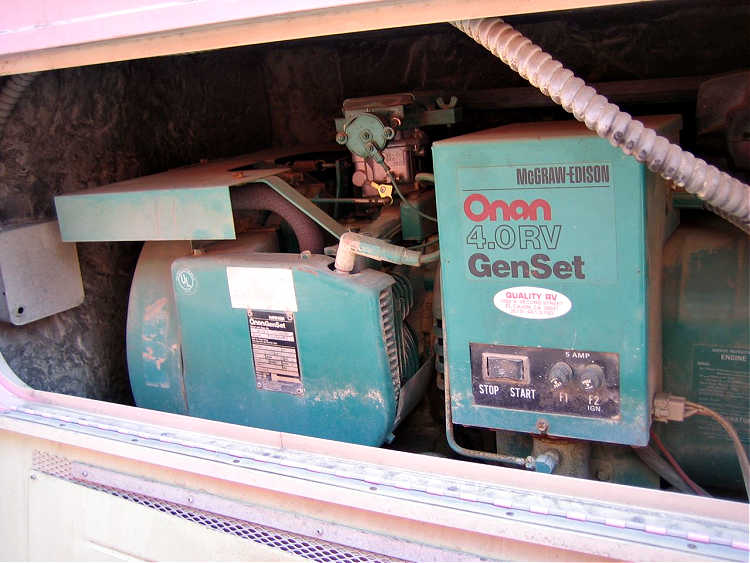